Dental disease is the most common ailment affecting domestic pets and can result in serious health problems. Our teams at Angels Camp Veterinary Hospital and Mother Load Veterinary Hospital want to help you understand the importance of pet dental care by providing case studies to explain the issue.

Presentation: Jake is a 3-year-old neutered German shepherd. His owner noticed that her pet’s breath was pretty smelly, and she also found traces of blood on his chew toys. She brought Jake in for his annual wellness visit and asked if she should be concerned about these issues. On examination, Jake’s gums were red and swollen, and bleeding in some areas.

What’s happening? Periodontal disease is present to some degree in most pets age 3 and older. The condition starts when bacteria colonize food particles in a pet’s mouth and form plaque on their teeth. The plaque solidifies and becomes calculus, or tartar. In addition, the bacteria can invade under your pet’s gumline, resulting in inflammation and damage to the structures supporting their teeth. The first stage of periodontal disease is gingivitis. At this stage, no bone loss has occurred, and the tooth is firmly attached to the supporting structures.

Treatment: Jake needed a professional veterinary dental cleaning to remove the bacteria under his gum line. He was placed under general anesthesia so the procedure could be performed safely and effectively. X-rays were taken to fully evaluate his dental health status, and no bone loss was apparent. Jake’s prognosis is good since his condition was mild, but his owner was instructed to start brushing the dog’s teeth daily to keep his mouth healthy between yearly professional cleanings.

Presentation: Casey is a 14-year-old spayed domestic shorthair cat. Her owner brought her in because the right side of the cat’s face was swollen and she had stopped eating. On examination, Casey had a prominent, painful swelling on the right side of her face, and her right eye was tearing. An oral examination revealed that the tissue around Casey’s right upper canine tooth was inflamed and swollen.

What’s happening? If bacteria aren’t removed from under a pet’s gumline, the pathogens can invade the tooth root, leading to infection. The second stage of periodontal disease involves mild bone loss, which is visible on X-rays, and loss of 25% or less of the tooth’s supporting structures.

Treatment: Casey was placed under general anesthesia, and X-rays were taken, revealing a tooth root abscess and mild bone loss. The affected tooth was extracted, and the socket was irrigated using an antibiotic solution. While under general anesthesia, Casey received a complete dental cleaning. She was sent home on systemic antibiotics for one week, and her owner was instructed to bring Casey back in six months to evaluate her dental health status. Daily toothbrushing also was recommended.

Presentation: Karl is a 5-year-old neutered greyhound. Karl’s owner was concerned because he wouldn’t allow his face to be touched, and he seemed to be “eating funny.” Karl was also excessively salivating. On examination, Karl was sensitive to touch on the right side of his face and was reluctant to allow a thorough oral examination. The dog was sedated to make it easier to examine his mouth, and a lower molar on the right side of his mouth was found to be loose.

What’s happening? As periodontal disease progresses to stage three, moderate bone loss can be seen on X-rays, and 25% to 50%of the tooth’s supporting structures are lost. Breeds such as greyhounds, who have sleek, narrow skulls, are especially at risk because they have less bone mass to support their teeth.

Treatment: Once Karl was under general anesthesia, X-rays were taken, which showed moderate bone loss and deterioration of the affected tooth root. The tooth was removed, and Karl received a thorough dental cleaning. Karl was sent home on a two-week course of systemic antibiotics, and scheduled for a recheck in three months to assess his progress. His owner also was instructed to begin daily toothbrushing. 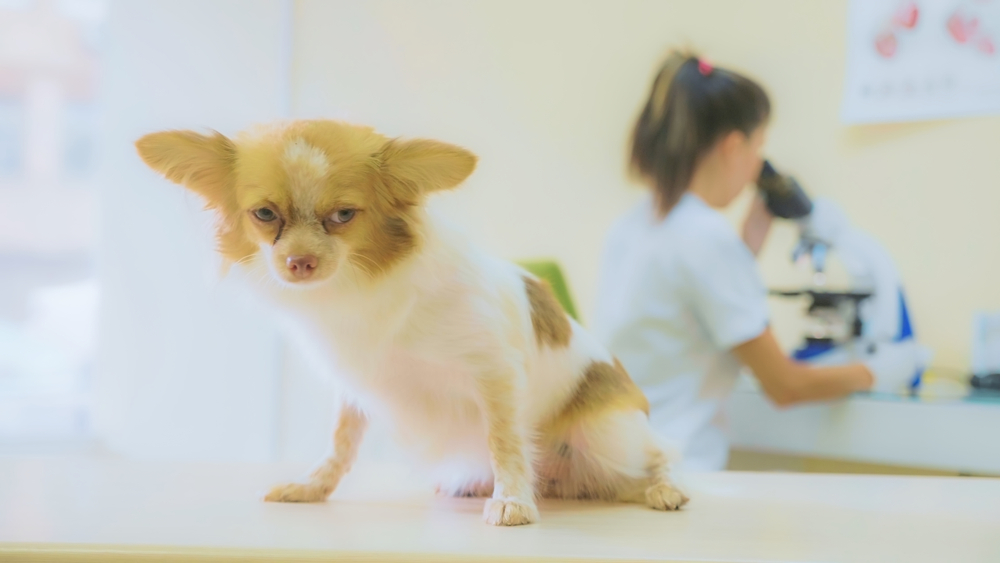 Presentation: Dolly was a 14-year-old spayed female Chihuahua. Her owner brought her in for an examination because the dog was unable to eat and had a persistently open mouth. Her owner said the dog had had a decreased appetite for about a week, but the open mouth occurred the day of the veterinary visit. An examination revealed Dolly had an elevated temperature, and her lower jaw appeared fractured. Blood work showed an elevated white blood cell count, indicating an infection, and elevated kidney values.

What’s happening? When periodontal disease becomes advanced, severe bone loss can occur and more than 50% of the tooth’s supporting structures are lost. Toy breeds, such as Chihuahuas, are at risk for jaw fractures because the roots of their teeth are so close to the edges of their jawbones. In addition to the damage done by the fracture, bacteria can enter the pet’s bloodstream, causing damage to organs throughout their body, including the kidneys, liver, and heart.

Treatment: Dolly was placed on intravenous fluids to help correct her increased kidney values, and X-rays were taken to assess the extent of her fractured jaw. Sadly, the X-rays revealed extensive bone loss, and her mandible was too damaged and fragile to repair surgically. Dolly’s owners elected to euthanize her to save her further pain.

By brushing your pet’s teeth daily and bringing them in for regular professional dental cleanings, you can keep your pet from becoming a pet case study. If you would like to schedule a dental appointment for your pet, contact us at Angels Camp Veterinary Hospital or Mother Load Veterinary Hospital so we can ensure their mouth stays healthy.